Why can't some SFX be dry? 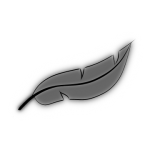 A "dry" sound is a sound that doesn't have any effects like reverb or delay on it, and a "wet" sound does. The wetter the sound the more effect there is on the sound.

Why are the Sword sfx and some other effects unnecessarily wet? For example: Reverb is supposed to be added in post if the environment that the sound is placed in is known. Now I'm stuck with sword hits that have medium hall reverb. If you have done anything even related to sound design or music/audio production you know that a sound doesn't just get reverb, but the reverb is created FOR the sound. I might sound like I'm whining about some small dumb thing, but this detail just annoys me.

I REALLY like the sfx on here but some of them already have effects that would normally be nicer if I could add my own effects on it, that would be fitting for the scene.

Unpopular opinion: Downloadable sounds should be dry, unless it is the point of the sound to have a crazy effect to it.

A very well made argument! We'll make note of it and see if we can fix this for sure!

One way you can temporarily "fix" this is to just fade the audio out a fraction of a second after the clash of metal is heard, but you've probably figured that out already 😄

This post was modified 10 months  ago by David Blaker
ReplyQuote

We've officially added this on our to-do list! Thanks for reaching out  😀 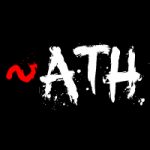 Can definitely chime in some agreement on this. I understand why you would want that reverb when advertising your sound library. Sounds better! But it also very much can create complications when editing. For instance, I put all of my sounds of certain ranges in different channels and just reverb the entire channel to fit the environment/distance. I have to specially edit each wet clip to compensate for these also being added to avoid too much reverb. Not the end of the world, but having dry versions can help!

Would it be over-complicated on the audio artists to include a wet/dry combo in the download?