I used vfx such as embers, snow, fire, smoke atmosphere, meteor etc, and an sfx track. It's a trailer for a short film I'm working on called Ire. I'm using Corel Video Studio x10 to edit on a computer which cost £30 lol. It crashes 20+ times a day when editing, sometimes once a minute, so it means I'm editing for 18 hours a day non-stop, but it's all worth it in the end.

I was planning to use the 4k lightning clouds too but my poor crappy computer couldn't handle them in editing - for the trailer at least. Maybe they'll make an appearance in the final film.

Thanks btw ProductionCrate I couldn't have made this film without you. I actually set out to make a film for the sake of using some effects like a house burning down, and eventually it became the project I have now.

Hope you all enjoy the trailer!

Synopsis is: "The darkness of the city is consuming them. They plot a murder to inherit an estate in order to escape, but sinister secrets of the past and burning anger keep them chained to this doomed urban underworld." 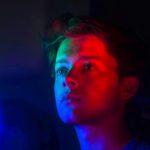 Nice! The flames in the room were done incredibly well!

I hope you can get the crashing problems sorted, it's always a fantastic feeling once you eventually upgrade to something more powerful  😀

Thanks so much! You have no idea how slow my computer became with all those flame layers. As soon as 1 layer becomes 2, computer speed slows down by 70%, imagine 5 layers of flames, PLUS embers, PLUS smoke - SEVERAL LAYERS OF SMOKE. Disaster. I thought about quitting the whole project many times a day haha.

I have a dream that one day I will edit on a smooth and fast computer... Some day.....

Glad you enjoyed the trailer 😀

It sounds like you have the most patience in the world!  😀

I noticed the YouTube video was at 4K resolution! Don't be afraid to use 720/1080p instead, the difference is almost unnoticeable and it'll render 4 times as fast!  👍

Good advice! Thanks a lot, I'll remember that

Well done. Good use of the fire and snow elements. I have to agree with David Blaker about using 720/1080p. The resolution is still good, and let's face it, I'm not going to invest in a several thousand dollar camera to shoot 4k, and it really does ease up the computer a lot just sticking with 720/1080p. Win win!