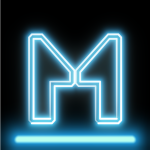 I used the free Flash Lightning assets from FootageCrate, but the tutorial using them was old and frankly, was not as good as the newer ones, so instead I used a different method, by speeding up parts where I'm running, and, unlike the ProductionCrate tutorial, made a glow.

This topic was modified 1 year  ago 2 times by Mistery1307

(Would you like to speak to a real human?)