Chris: Hey Jack, what are you working on right now?

Currently working on some content for some well known YouTubers under my little company, Trash Panda FX, most recently with the Sidemen, KSI and RackaRacka. Some other ones coming in I can’t say just yet but it should be a good time. (ProductionCrate will be helping us smash some amazing FX on these too!)

The video has since been released, check it out below! Tons of FootageCrate VFX were used, like the Floating Rocks, the Magical Fire and Lightning

We always enjoy working with you, the DBZ vs. Avatar video  that RackaRacka released was an insanely fun project to build VFX for.

You try your best to make for a nice and sorted pipeline so everything moves smoothly. Get the shots and scenes nicely labeled and organised in folders and spreadsheets for artists to access, along with assets, camera data and anything required for their shots. Organise teams for clean up, comp work and FX to get it all to come together at the end.

One of the best attributes any artist/producer/filmmaker is to be a problem solver.

No matter how amazing your workflow/pipeline is, you will 110% come up against inconceivable problems. Being able push through and meet deadlines is a huge part of it.

You’re based out of Australia, and we’re here in California. Our workflow together has been great, even with the time difference. Do you mostly work with VFX Artists online, or do you work with some artists in-person? Do you have a preference?

It used to be more in person – but recently has been switching heavily to online. Which is great as it brings in awesome talent (such as ProductionCrate) and provides opportunities for people be part of some big projects without having to compromise leaving their home/family/friends.

I just prefer to work alongside reliable and talented artists who I believe can smash out shots regardless of location.

You’ve done a lot of work for some big YouTubers, what is your favorite project?

They’re all great. It’s weird, I think the quality of work is better than it has ever been. But my favourite has to be a throwback to Lord of the Rings vs Game of Thrones. My acting was phenomenal and I got to slice an arm off (2:20)

Haha, yeah I love that video. I remember seeing a behind-the-scenes of that short where Danny is trying to give you some direction (not that you needed it, being a phenomenal actor and all). That video has over 7 Million views! What’s the most viewed video you’ve worked on?

I think Richy from Royal Stampede was telling me the Tank gold digger prank has a total of close to a billion views, (including facebook shares, youtube, insta)  which is crazy.

The smaller the company, the better. You feel less like a cog in a machine.

There is also more opportunity to grow and try things as you’re forced to become a generalist to help carry the workload. With bigger companies, you’ll get to work on bigger productions with great talent – but you will get burned out and discarded. It’s brutal the way some of my friends have been treated. But VFX artists have to be some of the best people you will ever meet and work alongside.

I know you use ProductionCrate content in a lot of your work (good choice!), any favorite assets or requests for content?

well where do I begin!

The explosion asset that was used on that most viewed video mentioned earlier was a Crate element!

So definitely helped contribute to the viral success of that video.

When you’re racing shots out – you can’t go into the deep of making something custom and need to churn 10 shots out in a day.

Some of the FX on there can blow you away and save you from deadlines. As for requests, just keep doing what you guys are doing because you’re killing it! 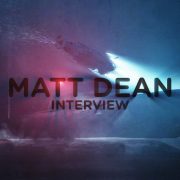 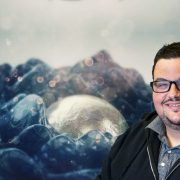 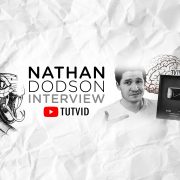 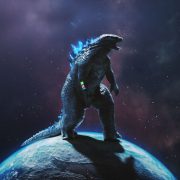 Blink Portal Tutorial in After Effects