Our new Dust Overlays are impressively versatile. We’ve worked hard to bring you the best assets for the job. Choose from Gusts and Looping options to add dust, snow, ash or pollen to your scene! We currently have 15 for you to choose from, with 4 free for anyone to use.

Here is a quick tutorial using the Dust Overlays in Premiere Pro, but all of these techniques can be replicated easily in any major editing software (After Effects, Hitfilm, Final Cut, DaVinci)

A 2007 SCRI study reported that Final Cut Pro made up 49% of the US pro editing market and Avid at 22%. A published survey in 2008 by the American Cinema Editors Guild placed their users at 21% Final Cut Pro, with the rest AVID Media Composer. With a suddenly different landscape, Adobe Premiere Pro emerged as the app of choice for FCP 7 editors. At the time, Premiere Pro did not have the popularity of FCP & & AVID Media Composer.

Fast forward to 2019, with the over 12 million subscribers of Creative Cloud,  Premiere Pro is very popular and positioned to be the editing app of the future.

These days PP is used to cut features (Deadpool, Gone Girl) and it has become part of the Big 4 (Adobe Premiere Pro, Avid Media Composer, DaVinci Resolve, and Apple Final Cut Pro X). Filmmakers and Editors will probably always argue about which is better, just like photographers argue about Canon vs Nikon, DLSR vs Mirrorless, etc. (so feel free to voice your opinion in the comments).

So here are my unscientific thoughts on why Premiere Pro may be the editing app to beat in 2019 and beyond.

Adobe has continually evolved and innovated 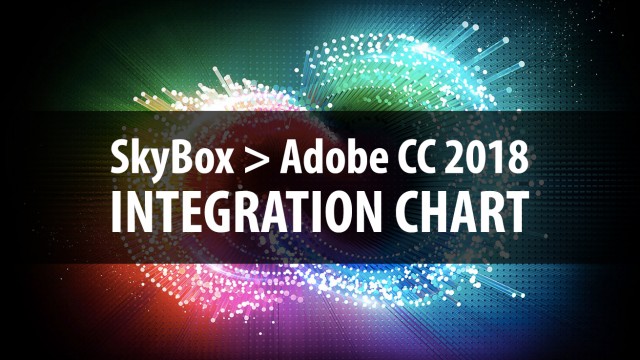 Like myself, a lot of editors saw Premiere Pro as a continuation of FCP.

Yeah, CS3 was a step back from FCP 7, but since then the Adobe team has steadily improved and innovated at a brisk pace. Features that stand out to me are the responsive and easy to use Multicam, the ability to blur faces/copyrighted info with the builtin masking/tracking tools, Warp Stabilizer (stabilize handheld footage), and the Essential Graphics Panel (create titles and customize templates).

In 2017 they added a future looking feature with the addition of built-in VR tools (formerly Mettle’s Skybox VR and 360˚ ).

Photoshop and After Effects are both industry standards, and integrate very well with PP. My workflow is to import layers PS and AI into After Effects, and then take that into PP via Dynamic Link.

ToolFarm is a poplar vendor of everybody’s plugins, and there are marketplaces like ProductionCrate that offer free and paid elements, templates, and scripts that can be used in PP and AE.

I often use ProductionCrate’s light wrap script to get better composites when keying with Keylight in AE.

Using Adobe Exchange, Premiere Pro and other Adobe apps offer extensions, plugins, and scripts (paid and free) that integrate with other companies products.

Popular options are video review from Frame.io and Wipster.

Inside of PP, go to Window > Find extensions on Exchange. Download what you want and the extensions will then be installed (PP must be closed). Select the extensions you have installed (Windows > Extensions), and then add to them a custom workspace for quick access.

If you have the Creative Cloud “All Apps” Plan, then you have Premiere Pro/After Effects as part of it.

Mobile seems to be the next frontier for creatives in all industries, and Adobe has a whole suite of Mobile Apps (Spark, Capture, Adobe XD) that sync with desktop apps.

Being able to start working on your phone/tablet and then finish that work on a desktop app is a smart philosophy.

Premiere Pro Rush is a streamlined version of Premiere Pro that runs on a computer or mobile., and it is a tool for hobbyists/producers to cut in. It seems like a similar idea to Resolve 16’s new “Cut Page” but is a standalone app instead of being part of the app.

You can start work on your phone/tablet, and then continue editing in PP bu using “Open Premiere Rush Project…”

Cross-Platform support is a big one, as it really increases the number of folks using PP and Adobe in general. In the last 3 years, Mac users have been disappointed with the lack of pro machines (still waiting for the Mac Pro trashcan replacement), and the PC offers more choices, hackintosh and build your own options.

So are you using Premiere Pro?

Video transitions are one of the critical aspects of editing, connecting two different shots together. Since the dawn of digital editing, we have seen creators begin to take transitions even more seriously than before, especially in the vlog format.

Whip-pans, spins, fades and light leaks have all become a popular choice for Premiere Pro editors, but one other is a particular favourite of ours. Fluid transitions!

Otherwise known as ink bleeds, these can be some of the most stylish and beautiful effects, and add a whole new dynamic to your video.

To make your own, you’ll need three things. Your clips, an editing platform, and one of our fluid ink transition effects (which you can download here).

It’s then as simple as setting your clips alpha to match the brightness) of our transition effect. This can be done by placing the effect above your second clip and adding a “Track Matte Key” to the clip you’re fading into. You then select the ink-effect in the “Matte” option.

The “composite using” is what this effect uses to calculate the alpha value of the second clip, and since our ink effect is black and white, we’ll be using the luma value as our source.

Have fun with these awesome 4K ink fluid effects. If you want to hear about more ways you can use our range of effects, take a look at our blog!

AutoCinemabar is the free alternative to using aspect ratio templates to give your video the cinematic edge you need!

Stumbling through hundreds of different pre-made templates has always been the least exciting part of an editors workflow. So we’ve decided to give everyone an early birthday gift, our free plugin!

The plugin gives you the power to create the essential aspect ratios that your video needs. It takes your videos width and height into account, meaning that the aspect ratios you create will be mathematically perfect for any resolution, whether that is 1080p, 2K, 4K, 8K, 16K and beyond!

We have considered the most popular aspect ratios used in the industry and added them onto a quickly accessible preset list! This includes 2.35:1, 2.39:1, 1.9:1, 1.85:1 and more! We have even set the default value to the cinema standard of 2.35:1, meaning you will have your aspect ratio built out in an instant! Leaving you with more time to build out your projects creative side.

If you’re hungry for extra features, this plugin gives you the power to:

Using the plugin is the easiest part of the process. Simply select your video, go to the “ProductionCrate” category in your effects list, and choose “Auto Cinemabar”. Your video will have an aspect ratio within the blink of an eye! If you have multiple clips that you need to apply the aspect-ratio to, then you can apply our plugin to a black solid layered above the entire composition, and check the “transparent image” button. This will make the black layer transparent in the centre, allowing you to see your wonderful video beneath!